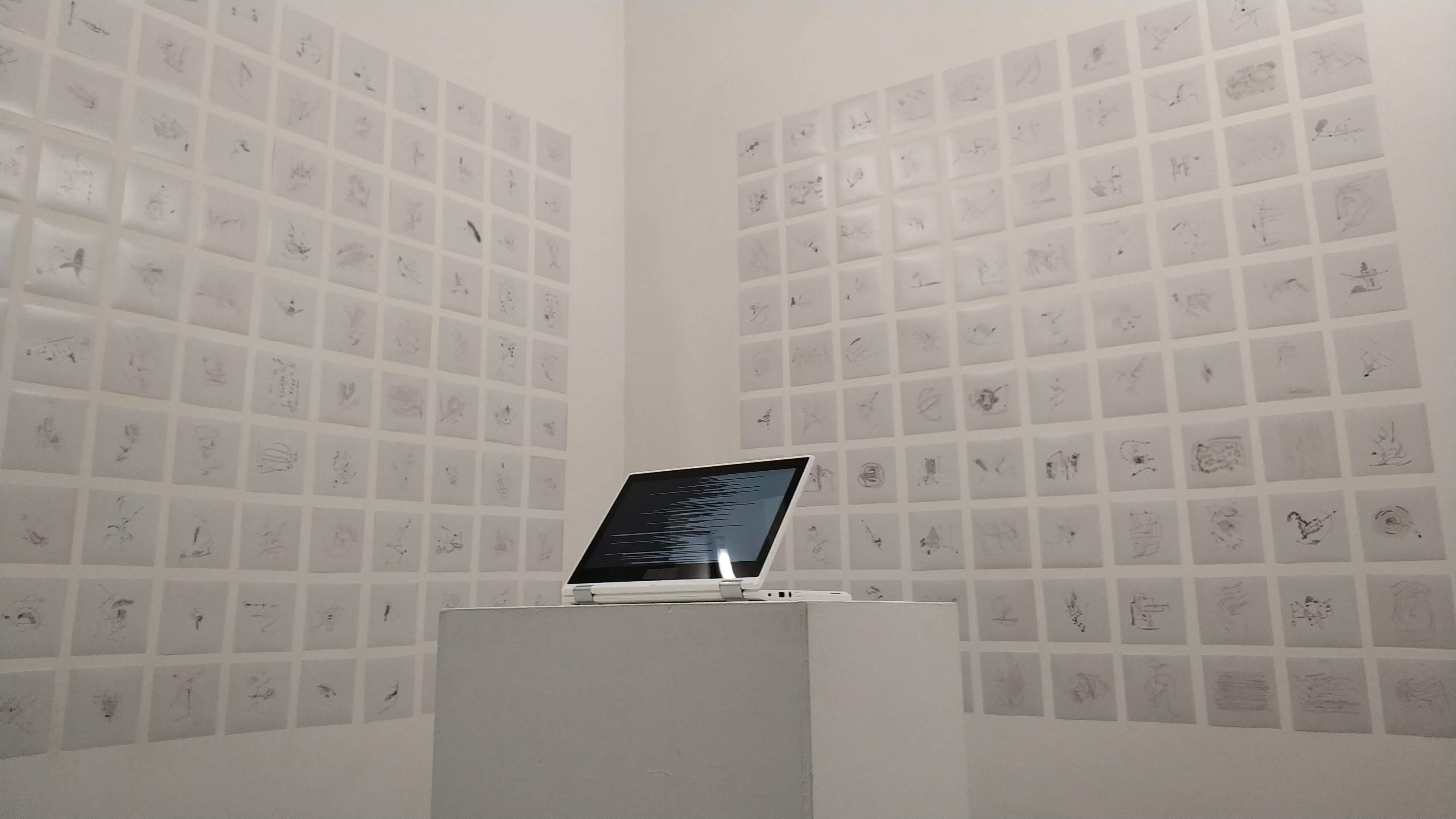 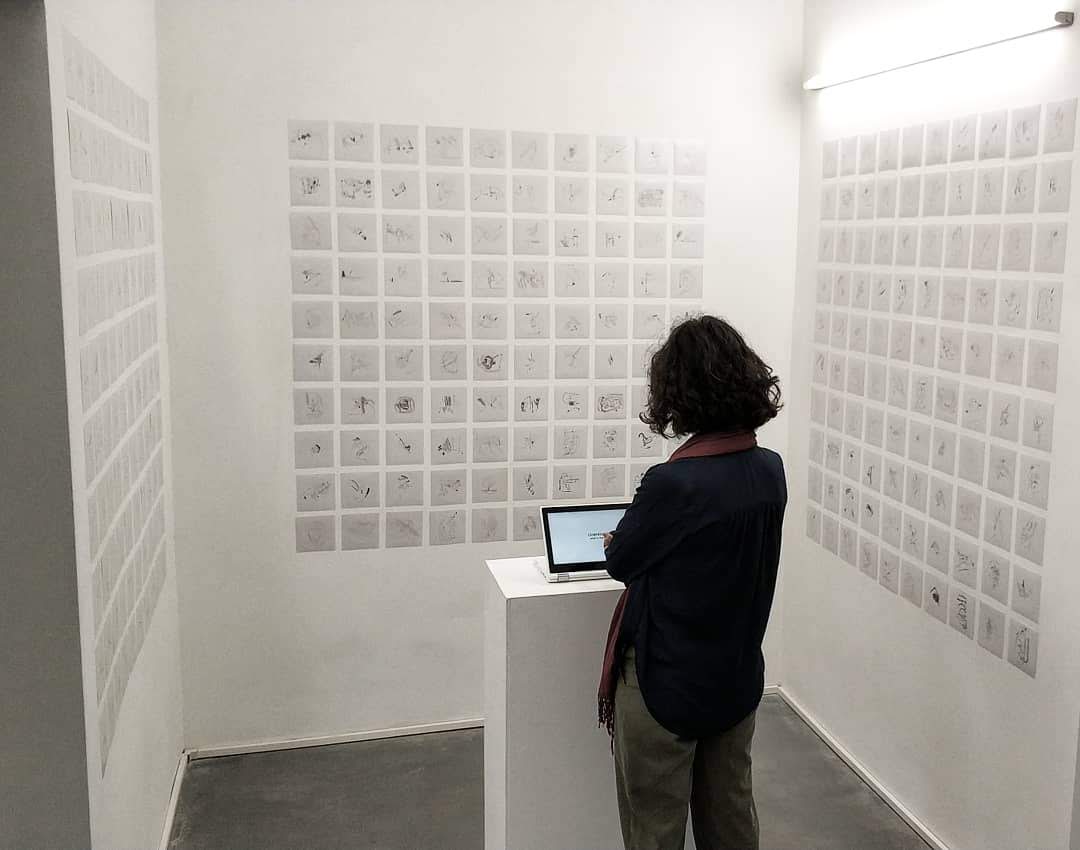 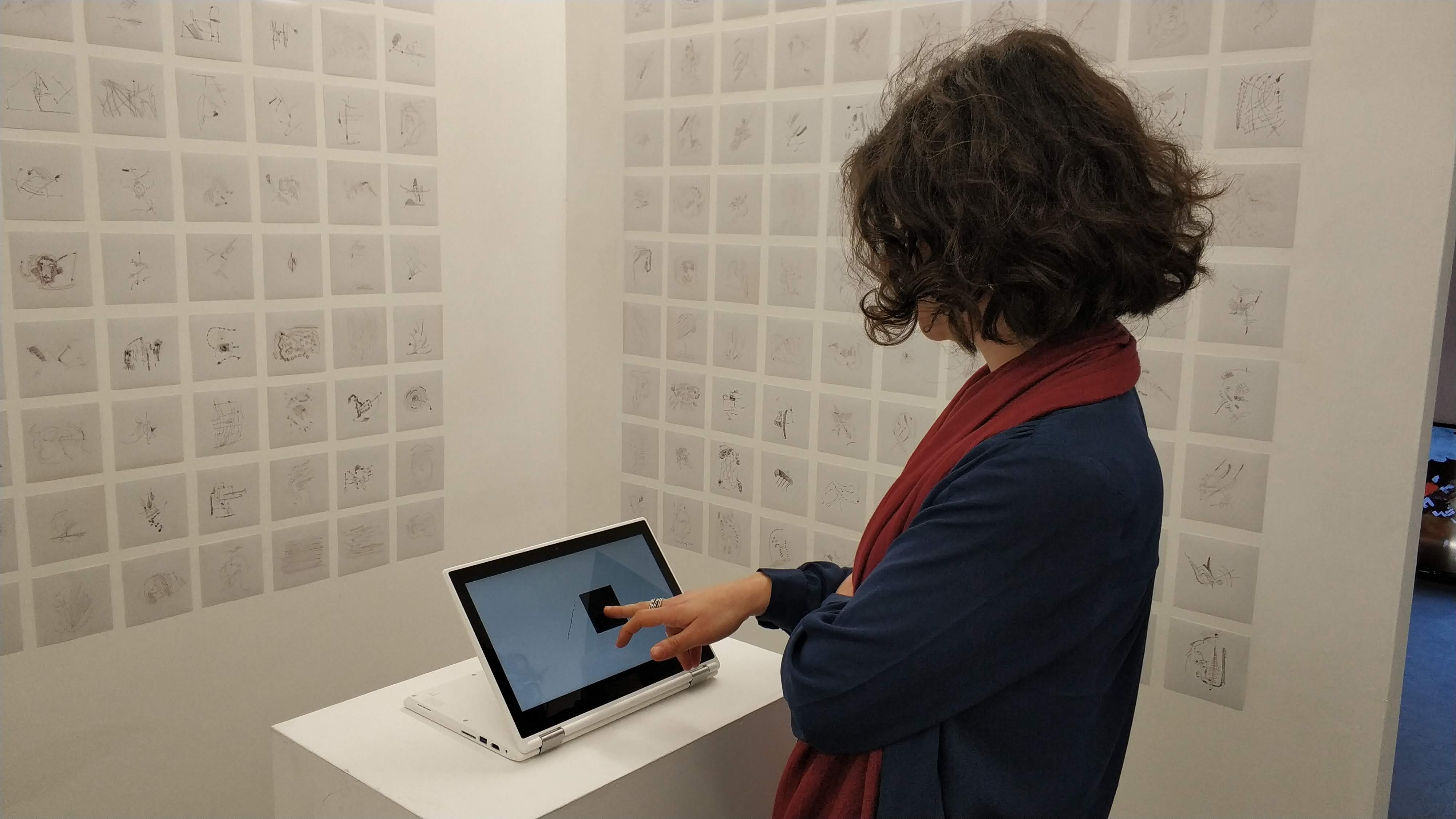 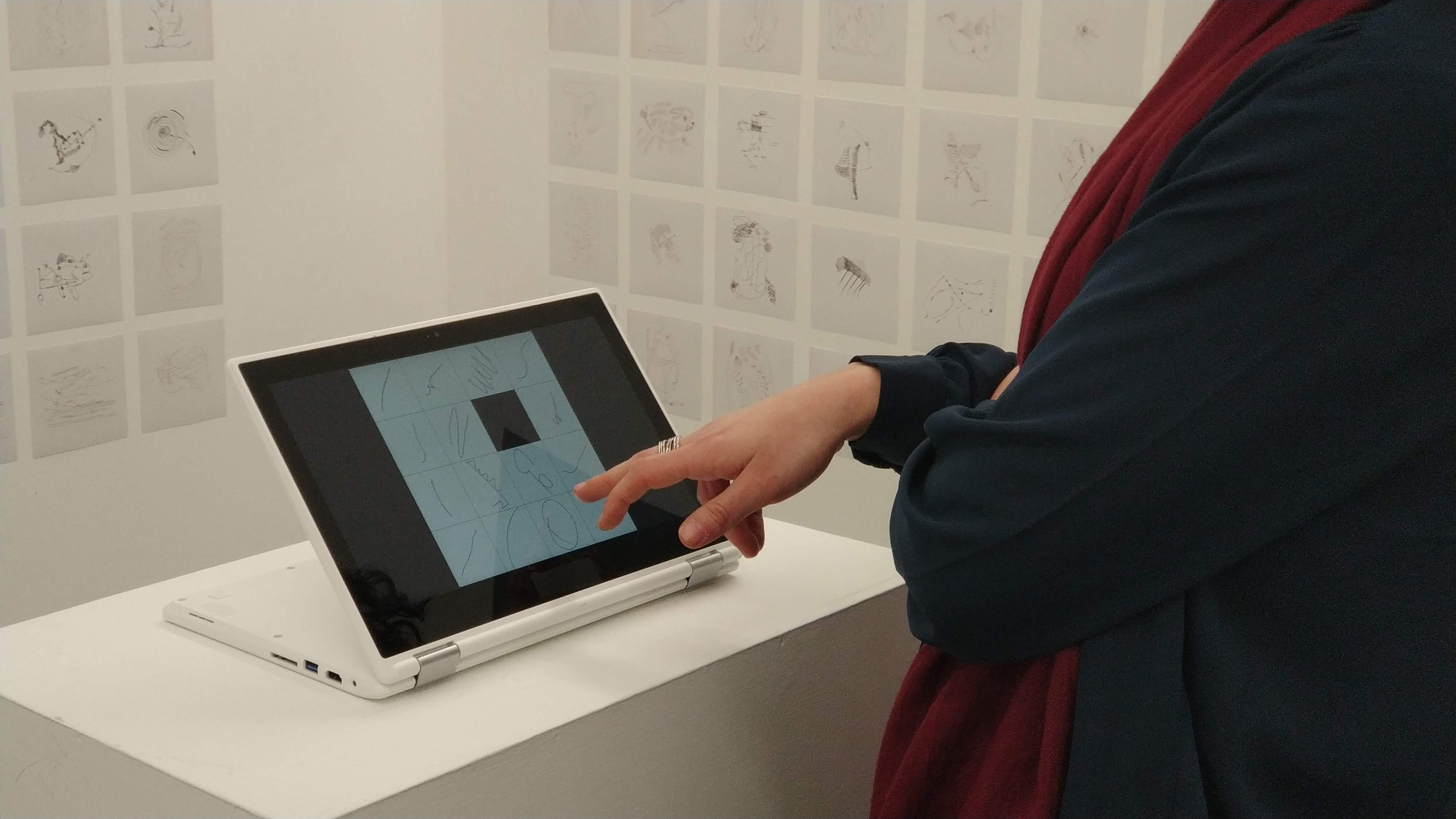 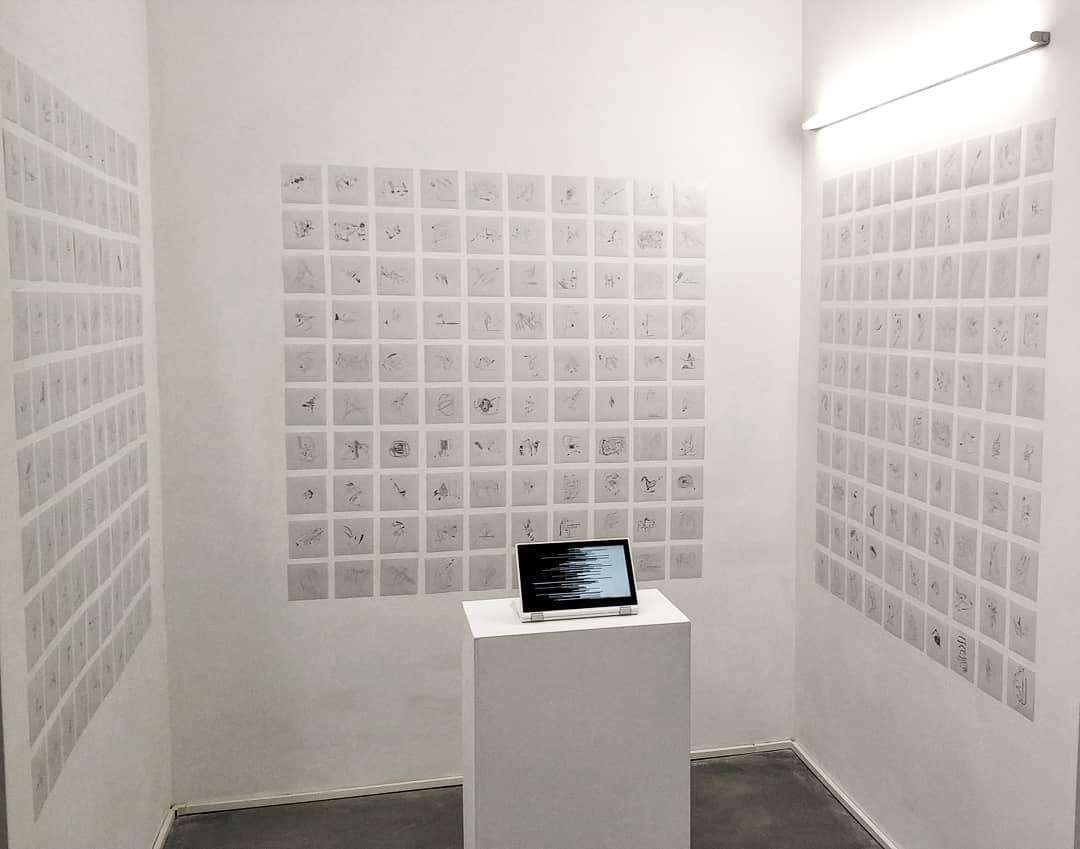 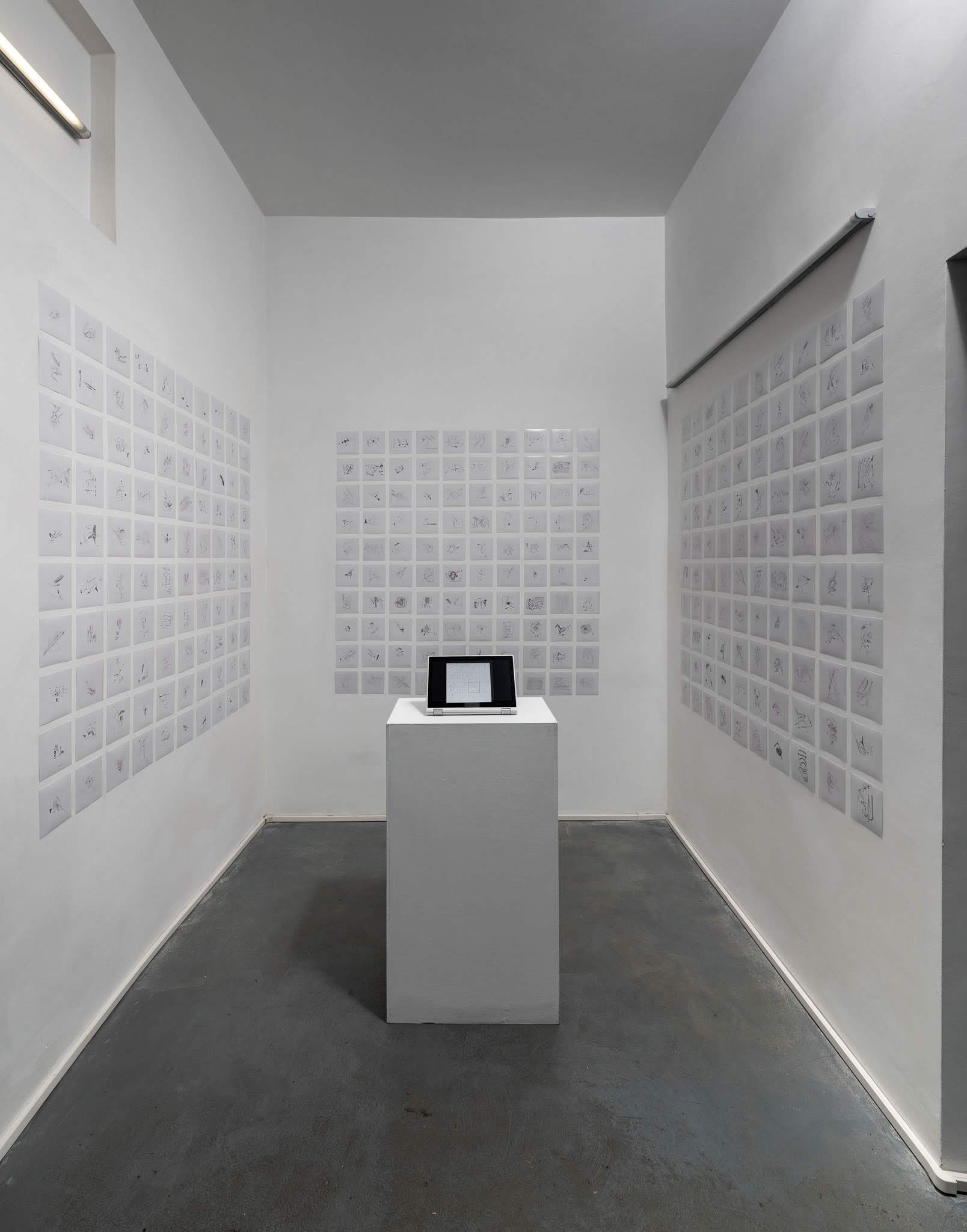 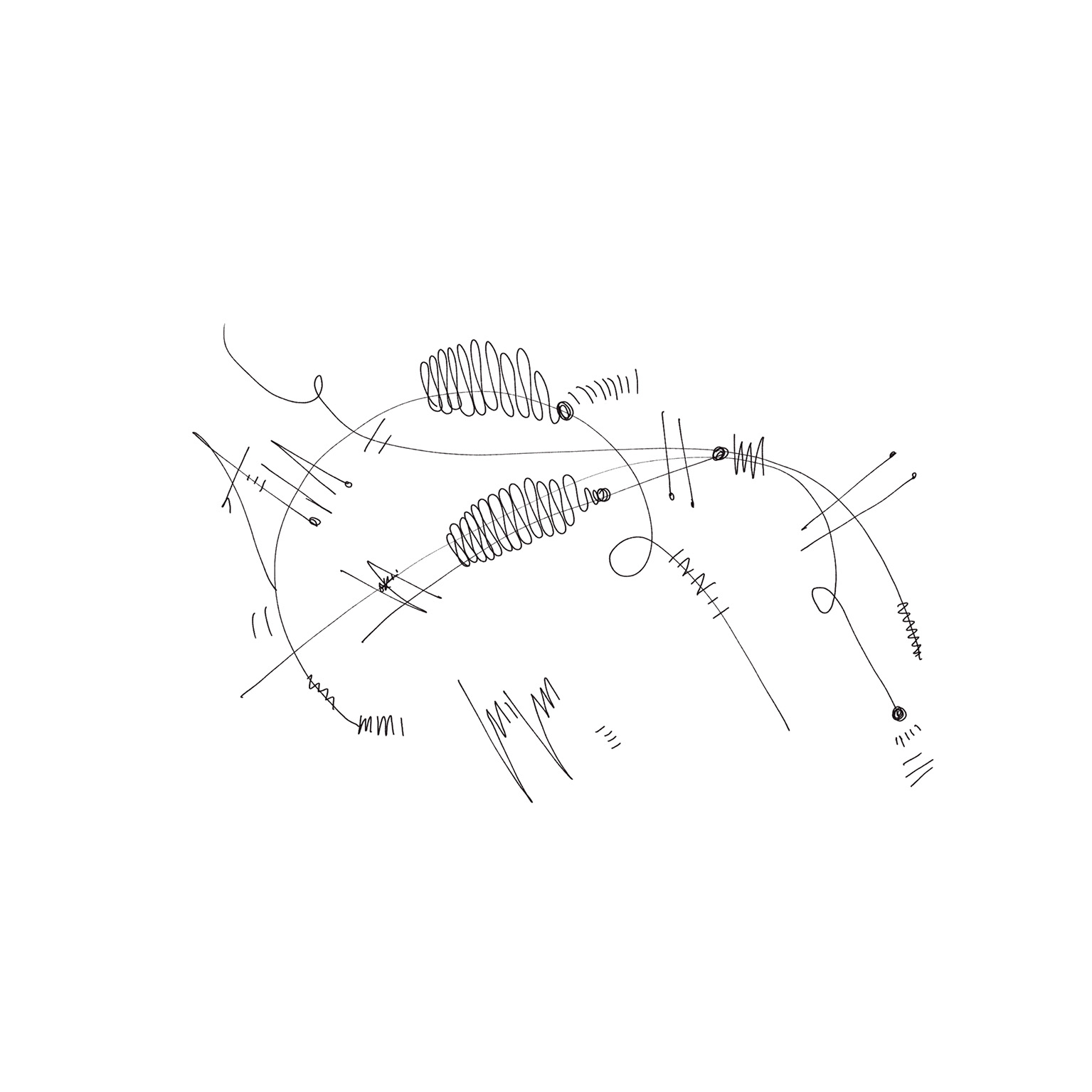 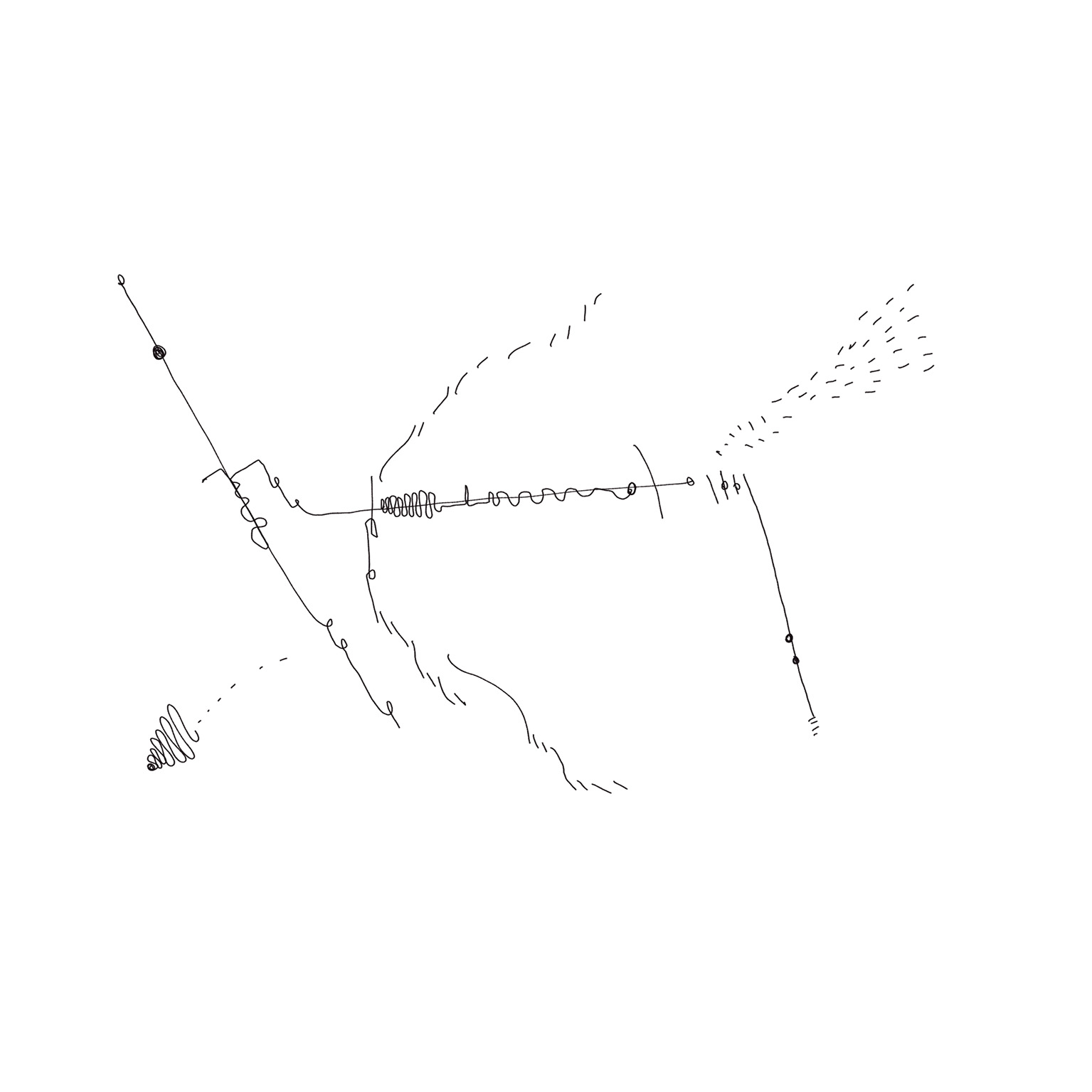 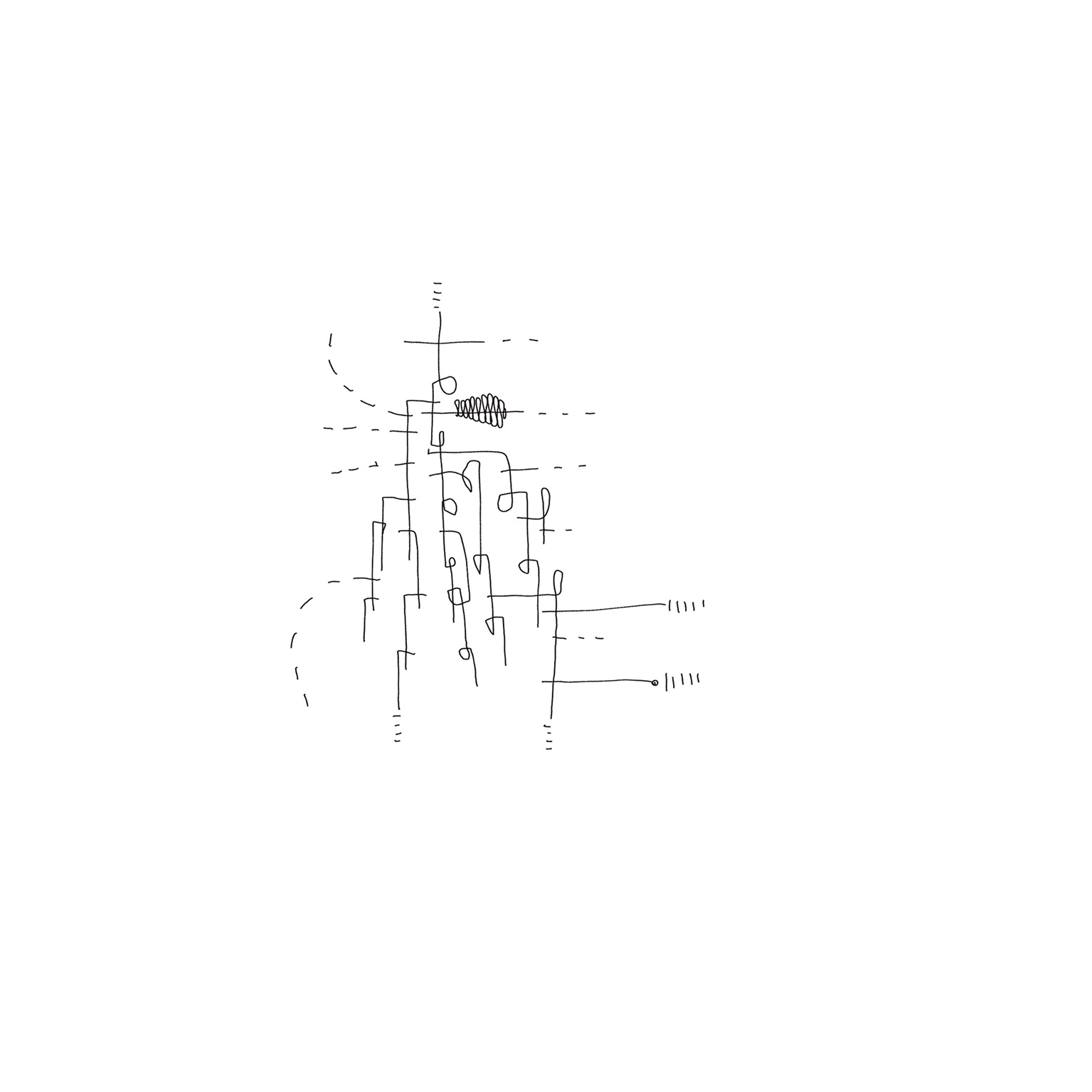 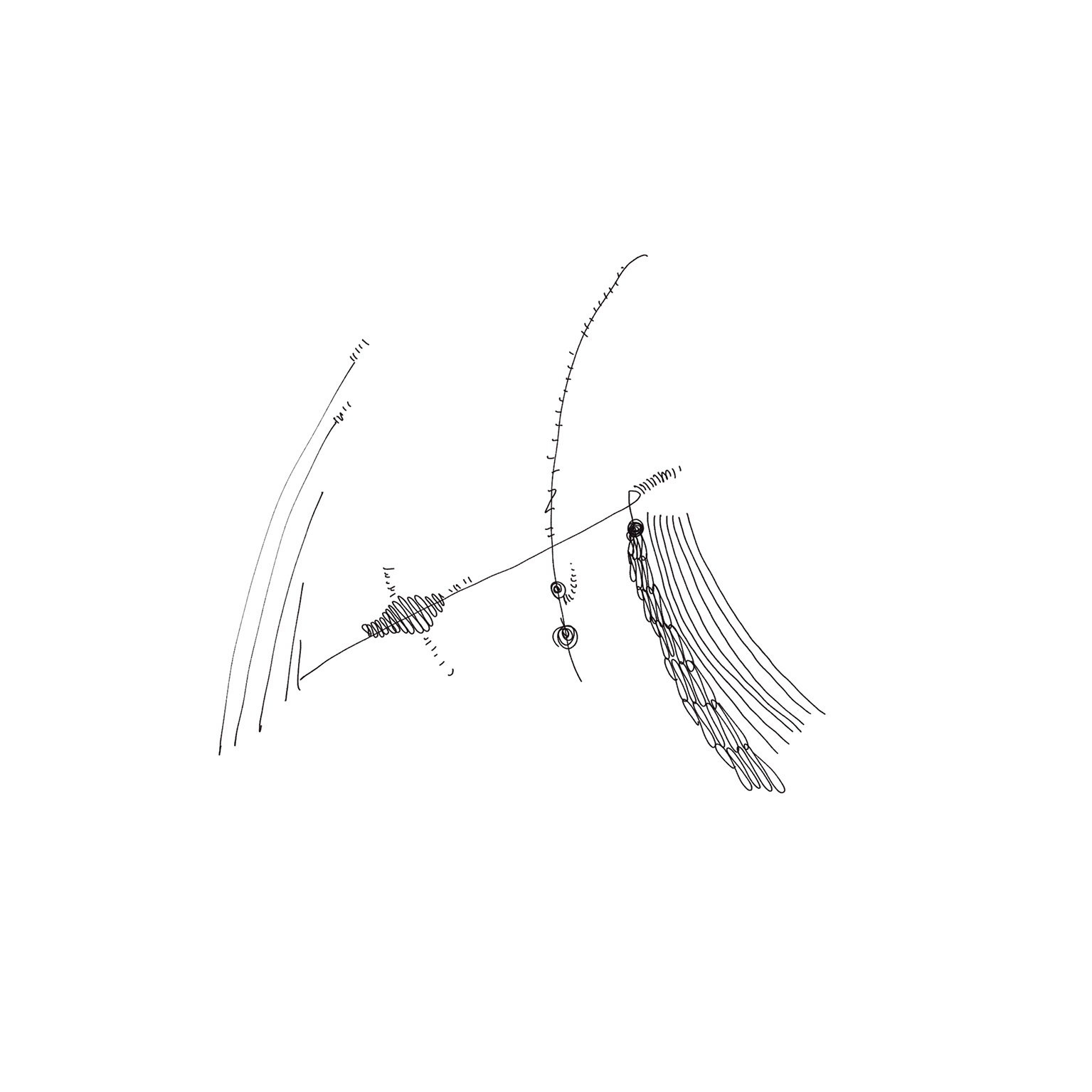 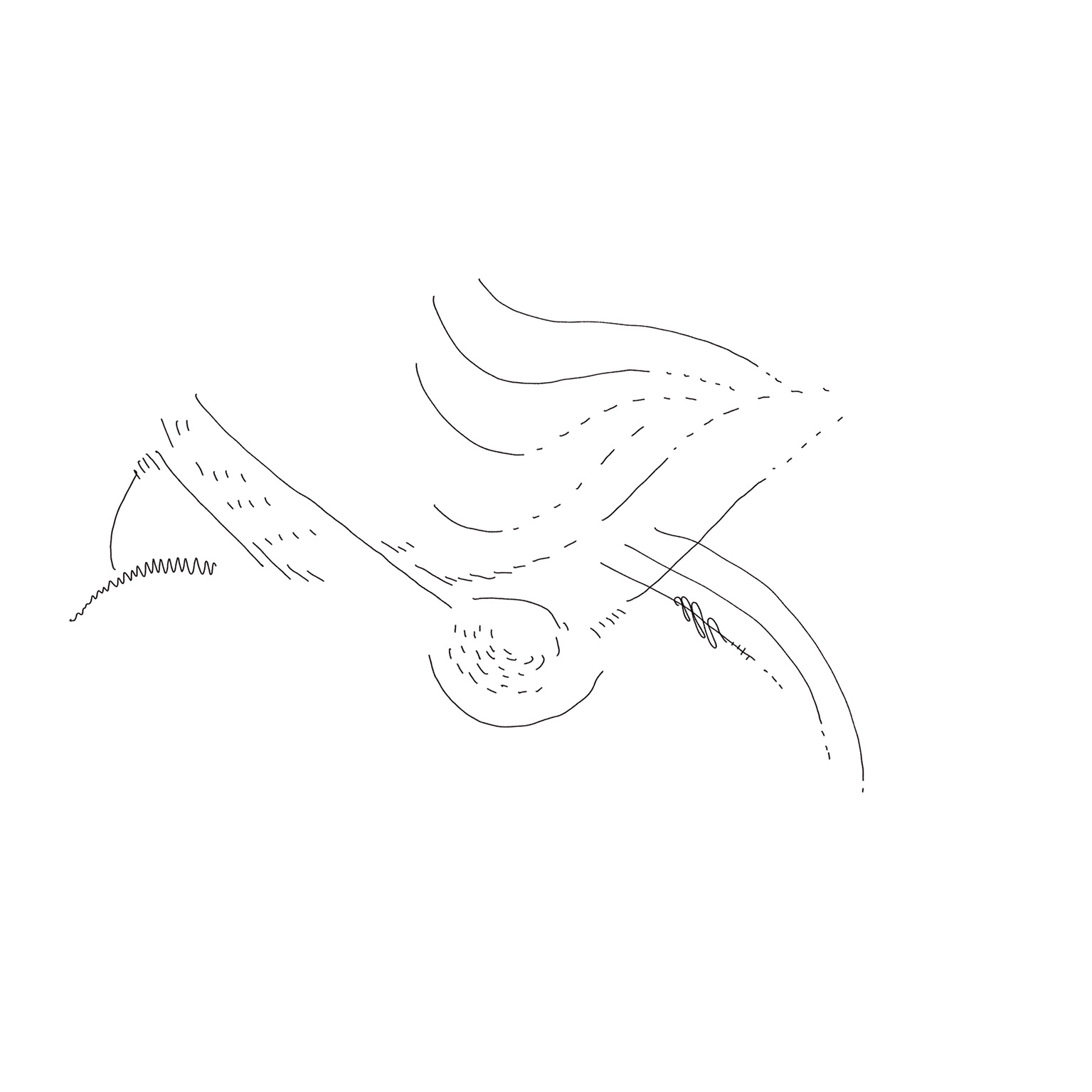 The work was one of the 10 winners of Re:Humanism. The exhibition happened in Rome in May 2019, at Albumarte.

This scenario raises new questions about the human nature and the role of the arts in our current society. For instance, if on one hand the traditional automatic techniques are used to “free” the artist’s expressivity, on the other hand, technical automations may produce the opposite effect of reducing expressivity to a mechanical action.

Grammar#1​​ is an interactive installation that uses methods from scientific research such as data collection and experimental setting as aesthetic language. The viewers are engaged in a Turing test game in which they are prompt to answer the question: ​”what is human?”​. Their decision will create a visual dialogue between the human and the machine, informing at the same time both the scientific research and the artistic enquiry.

More in specific, the installation displays 300 automatic drawings I created using my technique called “Letitbrain”. These drawings constitute the dataset I used to train SketchRNN.
The drawings are initially reduced to their elemental parts, the individual strokes. This allows to explore the expressive valence of each drawing gesture and at the same time augment the dataset up to 21000 elements, and apply deep learning. The algorithm, so trained, is able to generate strokes learnt from my initial drawings. The installation queries the players to recognise “What is human” through 3 different stages: 1) a quick comparison of the whole dataset; 2) a matrix selection; 3) a final comparison of the strokes selected in step 2. The final output is a visualisation of the collective response up to that moment.
The whole Turing-test game is built around a black-and-white aesthetic, to recall a common cultural dichotomy between human and artificial. However, at the end of this investigation, the players will not know what is human or artificial and they will be left in a grey area of doubt and belief. Although for some this choice is upsetting, I think it was essential leaving the answer unanswered to emphasise how the division between human and technology is strongly conceptual and also to stimulate the very question “what is human” in the audience.